The idea of the "Smart City," is something we've been dreaming of since the days of The Jetsons and Back to The Future II - but what exactly makes a city "smart"?

A Smart City - or at least, as a concept - is a city that incorporates modern technology down to the public utility level. Everything from public transportation, traffic signs, public services, buildings, roadways would use connected devices to provide a better, heightened way of living. Cars will drive themselves, sensors around the city will determine the most efficient water usage, and energy will be conserved.

Smart Cities and IoT technology go hand in hand; IoT is what will make Smart Cities possible. Thousands of devices all connected through a streamlined framework, improving quality of life; while reducing the negative impacts of the city on the surrounding environment.

It's not too hard to imagine just how costly keeping an entire city of devices connected would be - not to mention the costs of implementing connectivity to begin with. Building a solution from scratch would be an immense undertaking, though most traditional telecom providers don't have the means or pricing structure to make smart city connectivity financially realistic.

Cities are big, and constantly getting bigger. Which is a challenge for IoT as the bigger a city is, the more devices it will need. This could mean thousands, if not millions, of connected devices that all need to function in harmony. Connectivity must support the scope of urban environments, and grow with them as well.

Why connectivity in Smart Cities is so important?

Smart Cities have a lot of moving parts - literally and figuratively - that need to remain in harmony for the city to work as intended. Devices need to be up to date and reliable; city infrastructures will have to evolve, and public regulations will need to adapt to the massive technological shift.

Because Smart Cities rely on countless devices, sensors, and computers; traditional service provider functions can't realistically keep everything online. The industry needs a new solution - which is where IoT connectivity comes in.

IoT solutions are designed from the ground up to support thousands of different devices on their networks; while also providing valuable benefits that Smart Cities need.

NB-IoT and LTE-M are low power connectivity solutions being used by IoT technology. The frequencies they use to keep devices connected transmit small amounts of data at a time and don't require nearly as much of a power investment as traditional cellular does. Allowing Smart Cities to stay connected; while keeping costs and energy use to a minimum.

Coverage for indoors and outdoors

Not all the devices within a smart city will be located outdoors. Some sensors and devices could be in buildings, utility boxes, under the streets, and so on. IoT networks are designed to keep devices connected through all kinds of structures; keeping the city agile.

The majority of people live in urban environments, and the proportion is expected to grow over time. Therefore, Smart Cities and their connectivity providers must grow with them. Due to the nature of IoT, the networks are designed to grow with the number of connected devices.

The futuristic cities of tomorrow aren't as far away as they feel. Investing in IoT connectivity early can help cities move into this new era, without succumbing to the challenges of traditional connectivity. That’s why it’s more important than ever before to investigate IoT connectivity solutions for large scale networks like Smart Cities. 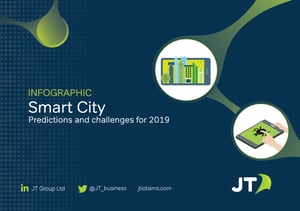 Our team has also compiled an infographic on the future of Smart Cities. Check it out to get a more visual perspective on what are the predictions and challenges for 2019. 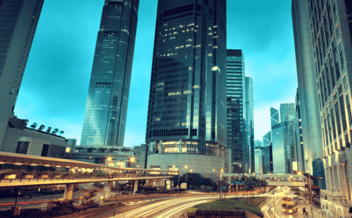 Smart cities in South Africa are being transformed with the aid of IoT platforms. Supporting... 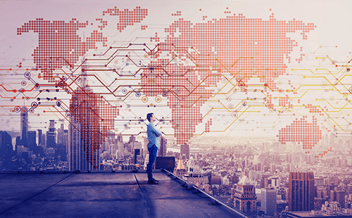 5 key IoT concerns that are crucial for Smart City implementation

‘Smart City’ is a term that gets thrown around a lot these days, along with Internet of Things,... 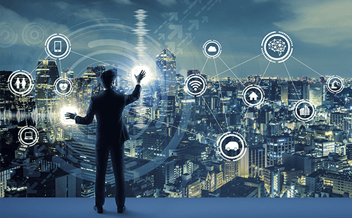 When you hear the term “Internet of Things” the first thing that comes to mind might be more of a...